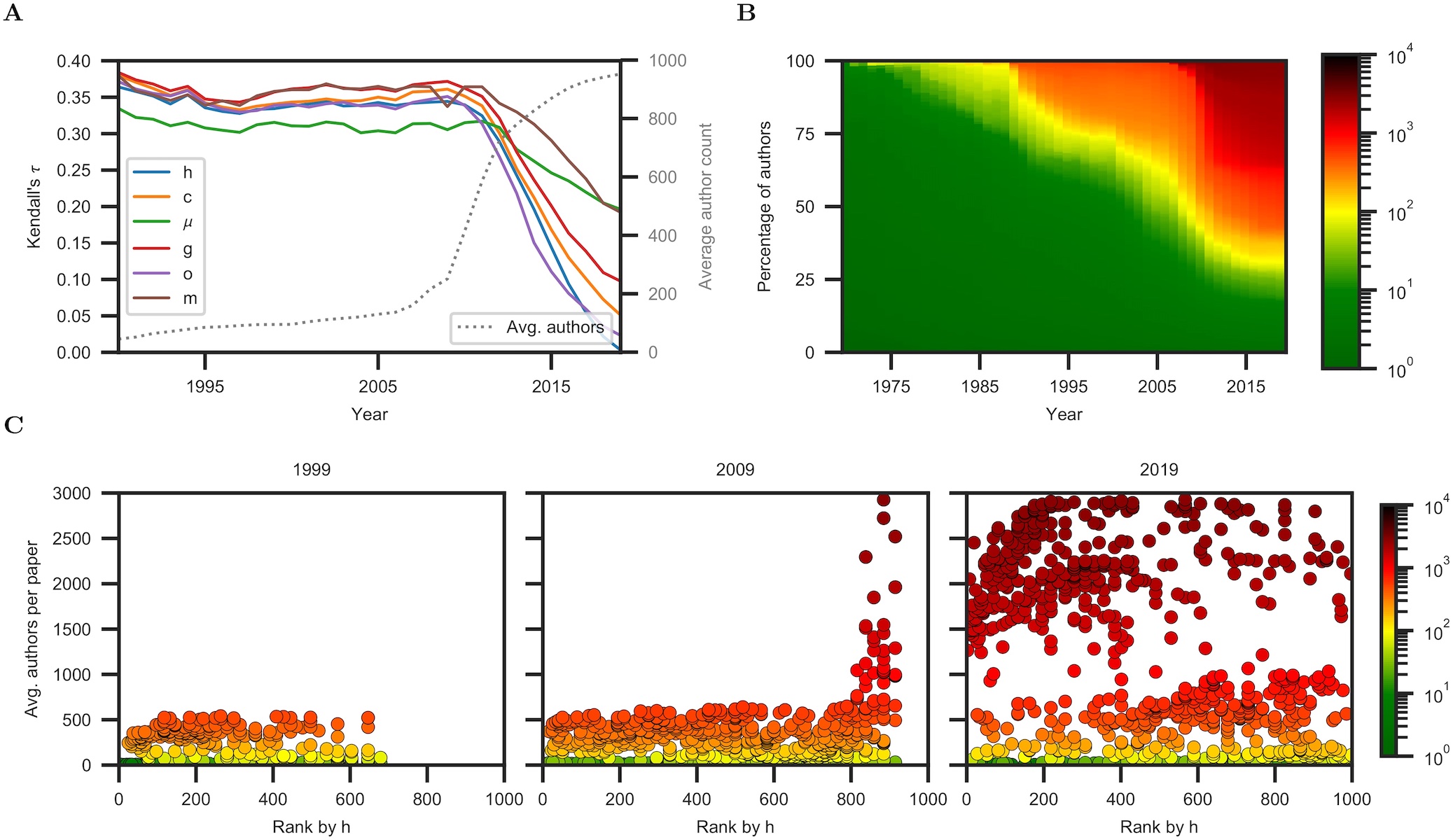 The impact of individual scientists is commonly quantified using citation-based measures. The most common such measure is the h-index. A scientist’s h-index affects hiring, promotion, and funding decisions, and thus shapes the progress of science. Here we report a large-scale study of scientometric measures, analyzing millions of articles and hundreds of millions of citations across four scientific fields and two data platforms. We find that the correlation of the h-index with awards that indicate recognition by the scientific community has substantially declined. These trends are associated with changing authorship patterns. We show that these declines can be mitigated by fractional allocation of citations among authors, which has been discussed in the literature but not implemented at scale. We find that a fractional analogue of the h-index outperforms other measures as a correlate and predictor of scientific awards. Our results suggest that the use of the h-index in ranking scientists should be reconsidered, and that fractional allocation measures such as h-frac provide more robust alternatives.